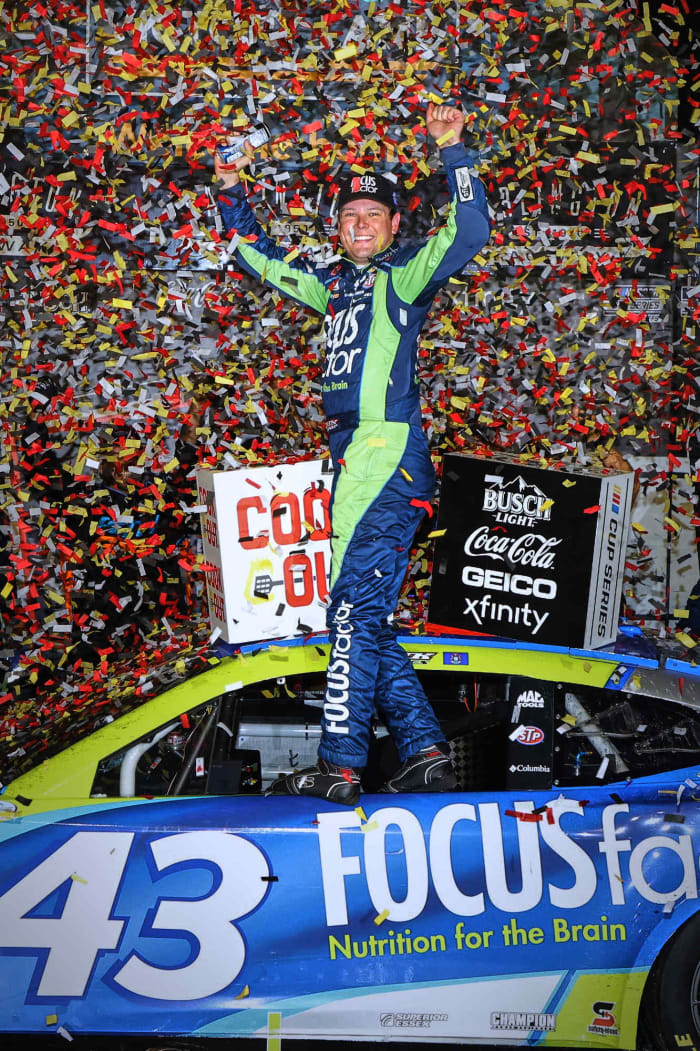 Darlington this weekend really lived up to the “Too tough to tame’. The first playoff race of the season saw a non-playoff drver win for the first time since introducing the elimination format in 2014. In another first since 2014, Erik Jones got the legendary 43 car back in Victory Lane for Petty GMS.

First Victory of the season for Jones and the third of his career. Also the first win for Petty GMS since the organization was formed in a merger before the 2022 season. 200th win for the famed 43 car which team owner and former hall of fame driver Richard Petty drove to 7 championships.

On the playoff side, where everyone stands is just as uncertain as it was going into Sunday. The regular season champ and former playoff leader Chase Elliott is now in 9th. A spin into turn 2 on Lap 113 sent Chase up into the wall and then down the track into the path of Chase Briscoe. A broken toe link and un salvageable control arms made any and all efforts to by the team to get him back out completely impossible. Catastrophic start to the series but the number 9 team are far from down and out.

The rest of the field did see better luck but by no means was it good. Blown engines for Kyle Busch and Kevin Harvick. Harvick having to get out of his car on the track after it bursting into flames under the hood. Sensing a similar issue on lap 79, Larson came to pit road and lost 3 laps. But the gamble payed off and the 5 team was able to pull off an astonishing save finishing 12th.