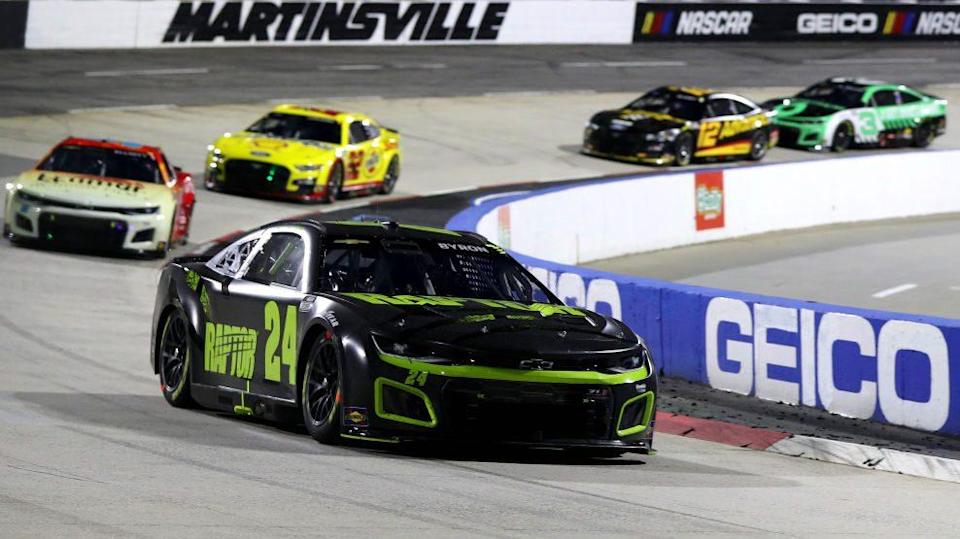 Making only his second appearance since 2016 in the Camping World Truck series, William Byron started the Martinsville weekend off with a win. Playing a perfect pit strategy, the #7 Spire Motosports Chevy was a great start to the weekend for William.

On Saturday, Hendrick Motorsports was running the show. Pole winner and leader of the first 185 laps Chase Elliott, made Hendricks the first organization to surpass 10,000 laps lead at a single track.

Prior to multiple cautions it looked like Chase was the question nobody had an answer for. But after a few lead changes the 24 team pulled in and never left leading 212 laps. In a two lap overtime with a slight mistake in turn three, a late charge from Logano wasn’t enough to keep William from taking home his second grandfather clock of the weekend and his second cup win in a row.

RCR’s Austin Dillon and Ross Chastain with Trackhouse joined William and Chase in the top 10, continuing the trend of strong finishes for Chevy.