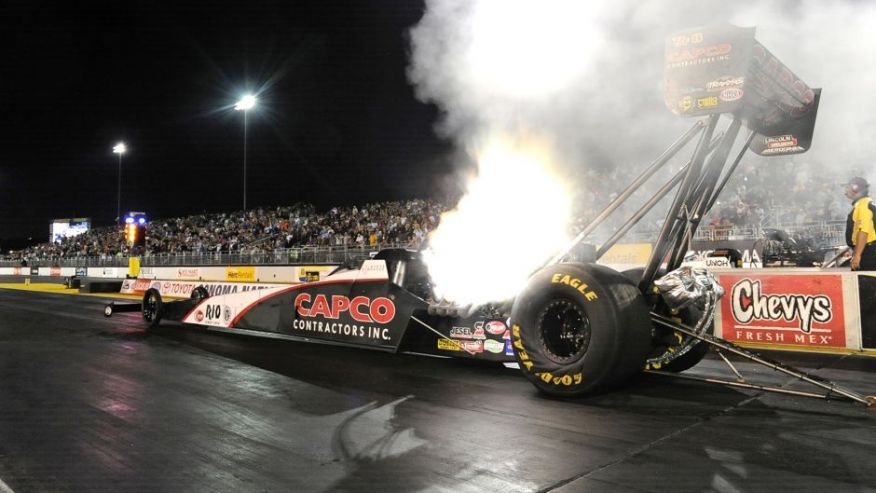 The biggest drag race of the year took place this Labor Day weekend and it was the Steve Torrence and Capco crew SHOW!  Torrence won the Traxxus Shoot-Out and then made it sweep on Monday taking home the US NATIONALS Wally!  Congratulations to Steve and his Capco team on a great weekend!  Torrence also goes in as the #1 seed in the Top Fuel Countdown.  Best of luck!

Steve Torrence faced off against the #16 seed Kebin Kinsley in the Final and took him down for the biggest victory of his life (to this point) as he sets his sights on the Championship!  Torrence beat Leah Pritchett (DSR – Papa John) and Kinsley took out Tony Schumacher (DSR – Army) in the Semi’s.

J.R. Todd (Kalitta – DHL) took down Ron Capps in the Funny Car Final after getting by Tim Wilkerson in the Semi.  Capps took out DSR teammate Jack Beckman in the other Semi.

Drew Skillman defeated Greg Anderson in the Final to claim the Wally.  Skillman took out Tanner Gray and Anderson got by Alex Laughlin in the Semi’s.