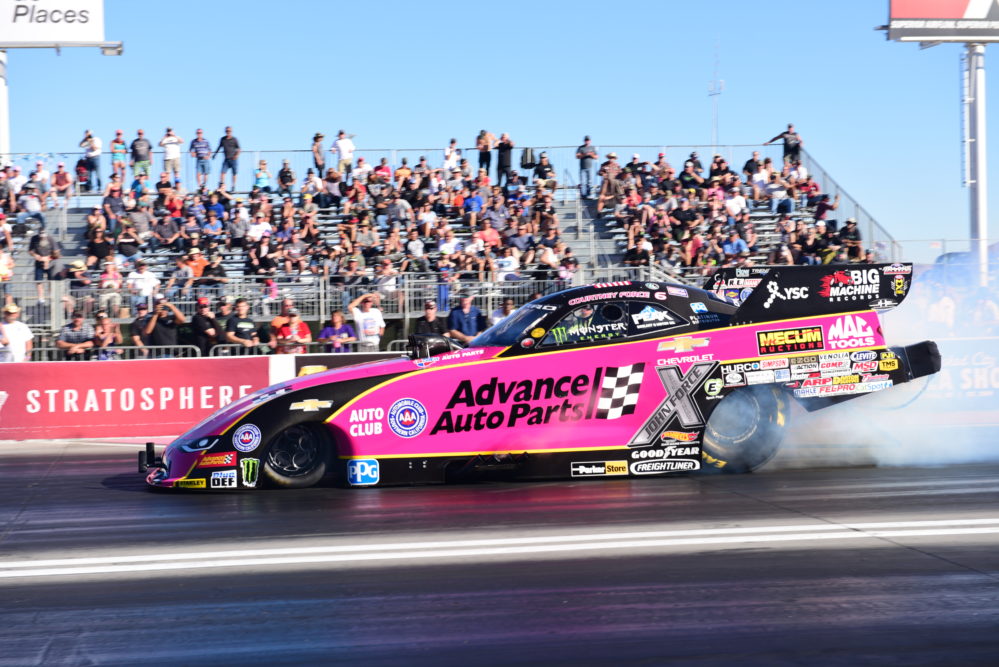 Crazy weekend of racing in Arizona, with John Force taking a wild ride after his engine explodes in his 2nd round win over Jonnie Lindberg!  Fortunately nobody was seriously injured, as Force’s car got tangled up with Head’s car (driven by Jonnie Lindberg) after the finish line.  Scary site, but all ended well!  Best drag race of the day would have to of been Steve Torrence going heads up against his Dad Billy Torrence in the Semi’s.  Both cars screamed down the track running 3.722 @ 328.86 mph vs 3.726 @ 328.54 mph!

#1 Qualifier Courtney Force got by Tommy Johnson Jr in the Final to salvage the weekend for the Force Camp!  Force had a solo pass in the Semi, as John Force was unable to race after his wreck.  Johnson Jr. got by Shawn Langdon in the other Semi.

Chris McGaha got by Jason Line in the Final.  McGaha defeated Alex Laughlin and Line got by #1 qualifier Deric Kramer in the Semi’s.