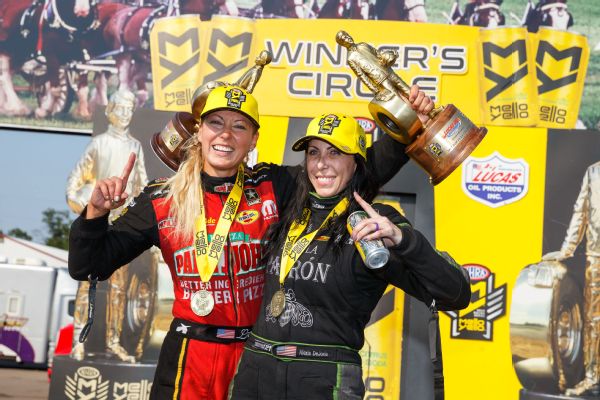 The racing in Brainerd was hot and two of the Ladies were in control!  Leah Pritchett (DSR Papa John) took home her 4th Wally of the season and Alexis DeJoria (Kallita) took home her 1st Wally of the Season.  Together the two made history with the first women to win in Top Fuel & Funny Car at the same event!

#1 qualifier Leah Pritchett defeated DSR teammate Antron Brown in the Finals to claim her 4th Wally of 2017!  Pritchett took down Clay Millican (Stringer) and Brown got by points leader Steve Torrence in the Semi’s.

Alexis DeJoria (Kalitta) returned to the podium by getting by Tommy Johnson Jr. (DSR – Make a Wish) in the Final.  DeJoria took out John Force (JFR) and Johnson Jr. took out #1 qualifier Robert Hight (JFR) in the Semi’s.

2019 NHRA Winternationals
February 11, 2019
Subscribe to the Blog
From the Blog
Go to Top