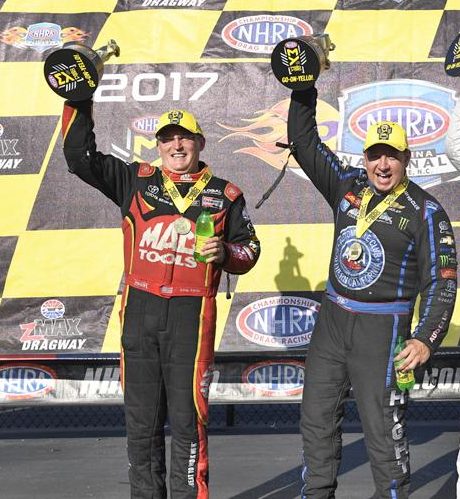 The 1st of the 6 races for the Championship is in the books and Doug Kalitta takes over the lead in Top Fuel and Robert Hight takes the lead in Funny Car.  Next stop is Maple Grove Raceway in PA.

Doug Kalitta #1 qualifier was on point all weekend and defeated Kalitta Motorsports teammate Richie Crampton in the Final Round.  Kalitta got by Clay Millican and Crampton got by Brittany Force in the Semi’s.