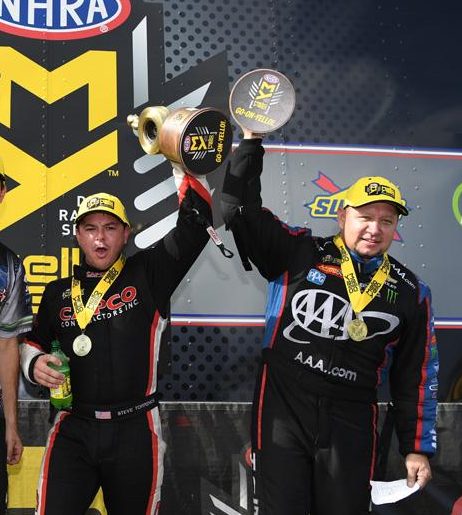 Congratulations go out to Steve Torrence, Robert Hight and their crews on their victory’s and increasing their leads in the race for the Championships!

Robert Hight (JFR) returned from his crash in St. Louis to take down JR Todd down in Funny Car Final and increase his points over Todd to 50 points.

With 3 races left in this years Mello Yello season the current Championship Point Standings are below: