NHRA – Northwest Nationals – Seattle 8/6/17 – Brown and Hight finish the Swing with a Wally! 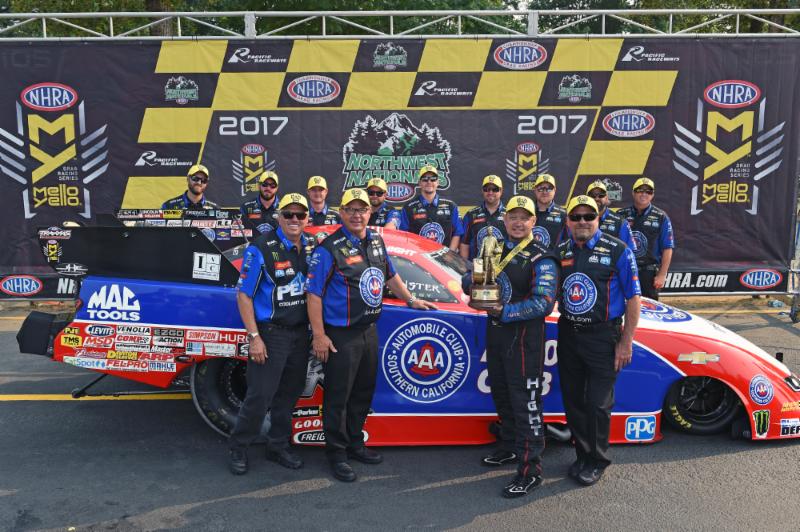 The 2017 Western Swing ended yesterday at Pacific Raceways in Seattle and Antron Brown (DSR) and Robert Hight (JFR) finished the Swing the way they started it, with a Wally.  Both Brown and Hight took home the bookend Wally’s from Denver and Seattle, but missed out in Sonoma!  Congrats to both drivers, their crews and their sponsors!

Drew Skillman got by Erica Enders in the Final to grab the Wally.  Skillman beat points leader Bo Butner and Enders took out #1 qualifier Tanner Gray in the Semi’s: