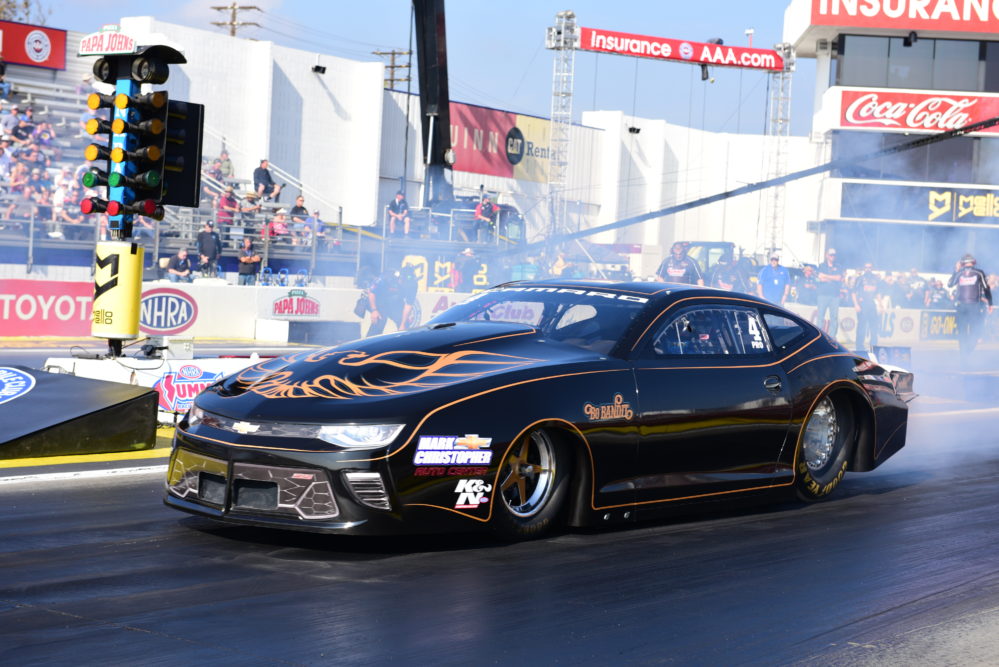 The 2018 NHRA Season is underway and we had some great racing this past weekend!  Defending Pro Stock Champion Bo Butner started the season the way it ended it…..on TOP!  Matt Hagan (DSR) came out swinging as the #1 qualifier and took the Funny Car competition down.  Doug Kalitta (Team Kalitta) got his season off to good start with the victory in Top Fuel.  There was a bit of scare when Defending Top Fuel Champion Brittany Force took a wild ride in her Monster Energy dragster crossing the center line and hitting each of the retaining walls.  Glad to report Brittany is OK and plans to race the next race in Phoenix.

#1 qualifier Matt Hagan (DSR) was on his game all weekend and took down #2 qualifier Robert Hight (JFR) in the Final round.  Hagan took out Ron Capps and Hight took out Jack Beckman (DSR) in the Semi’s.