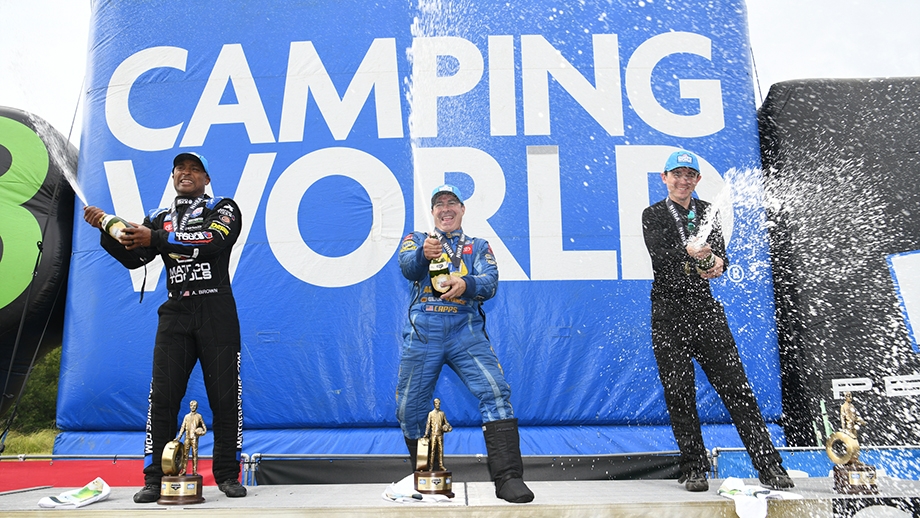 The countdown is heating up after a close weekend in Carolina. Justin Ashley defended his points lead following Maple Grove  but Antron Brown is now hot on his heels. With a margin of victory equivalent to a front wing, that was quite possibly the closest final round we’ll see this season. Ashley gets off the line a little bit quicker but the two have identical 60 and 660 ft times going down the track. ET, 330 foot mark and 660 mph are all as close as you can get without being the same.

Antron walks away with the Wally after a .0195 margin of victory, and the #2 spot in the standings.

Funny car was not as close of a margin but by no means was it big. Capps comes off the starting line first but Dejoria is reeling him in before losing power at around the 600ft. Capps gets a little bit further before they both coast across the finish line. Slight shake up for the points standing and another case of the what ifs for drag racing fans.