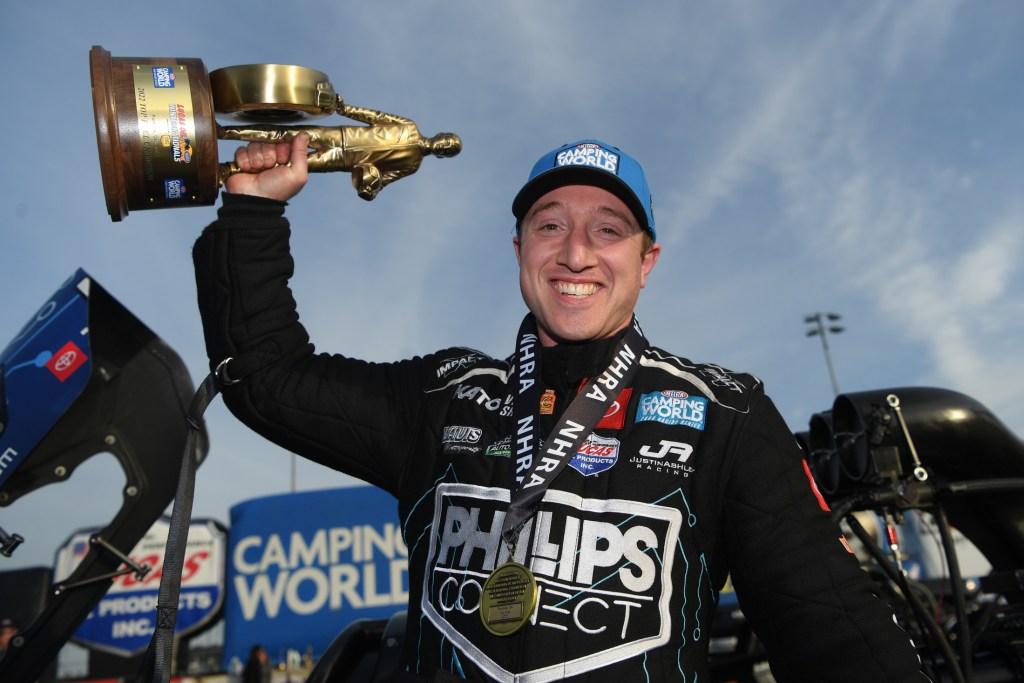 This weekend kicked of the 2022 Drag Racing season with the Pomona Winter-nationals back in full swing.

Top Fuel was a battle of the young guns, with Justin Ashley and his Phillips Connect/Vita-c shot dragster taking his third career Top Fuel win over Austin Prock. Running high 3.600 ET’s all weekend, Justin will certainly be back on podium this season.

Unlike Top Fuel, the Funny Car category is still very much owned by the veterans, With Robert Hight running a 329.58 to beat last season’s series champ Ron Capps.

With the Introduction of Tony Stewart Nitro into the ranks with Matt Hagan and Leah Pruitt, several drivers going off and starting their own teams. We are looking forward to an interesting season of Drag Racing!