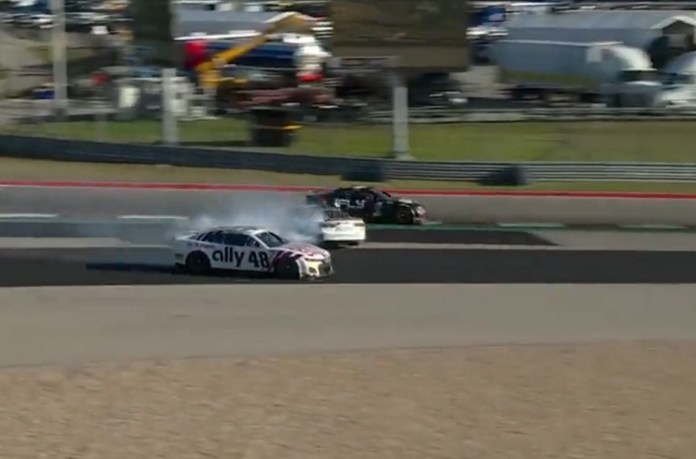 In a four lead change, two lap final overtime, with three cars making contact to decide the winner. Ross Chastain moved AJ Allmedinger and Alex Bowman out of the way for his first cup series victory. Following two runner-up finishes, Ross was on the hunt for a win and now he has it.

This also marks Trackhouse Racing’s first victory as a team in their 42nd start.

Alex Bowman briefly had the lead in that final two lap exchange but was moved off of it by Allmendinger when Chastain moved him out of the way to pass. Chase Elliott coming in 4th keeps up the trend of Hendrick Motorsports consistently having at least two drivers in the top 10 or 5.

Tyler Reddick and Austin Dillon finishing 5th and 10th respectively have been running up towards the front all season but the RCR drivers are still looking for their first winners circle of the season.

Alex Jones gets Petty GMS’s name into the top 10 mix with a 9th place finish.

Huge congratulations to Chastain for his first win.