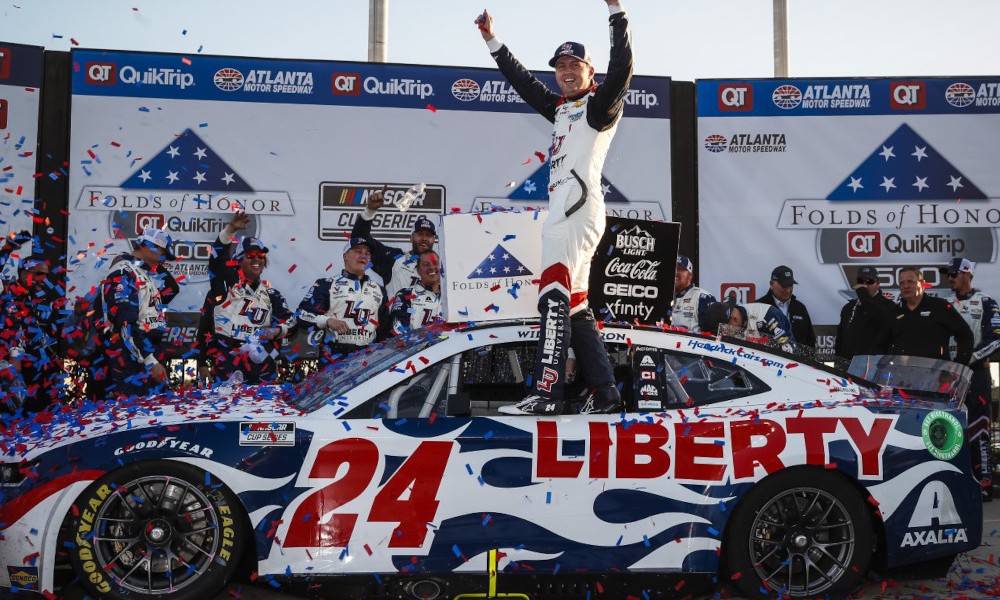 After a re-paving and reconfiguration that saw the intermediate downforce track converted into a “mini Daytona”, Atlanta Motor Speedway produced the 5th different winner of the 2022 season. After taking the lead from Bubba Wallace in lap 316 of 325, William Byron in the Hendrick Motorsports 24 car held a pack of drafting cars behind him for the final 10 laps.

In a race that saw a track record 46 lead changes between 20 drivers, Byron finished 1st, .145 seconds ahead of Ross Chastain. The 2nd strait runner up finish for Chastain and Trackhouse motorsports.

With Chase Elliott and Alex Bowman finishing 6th and 10th respectively for Hendrick Motorsports. Second Race in a row with 6 of the top 10 Being a part of or powered by Hendricks and ECR.