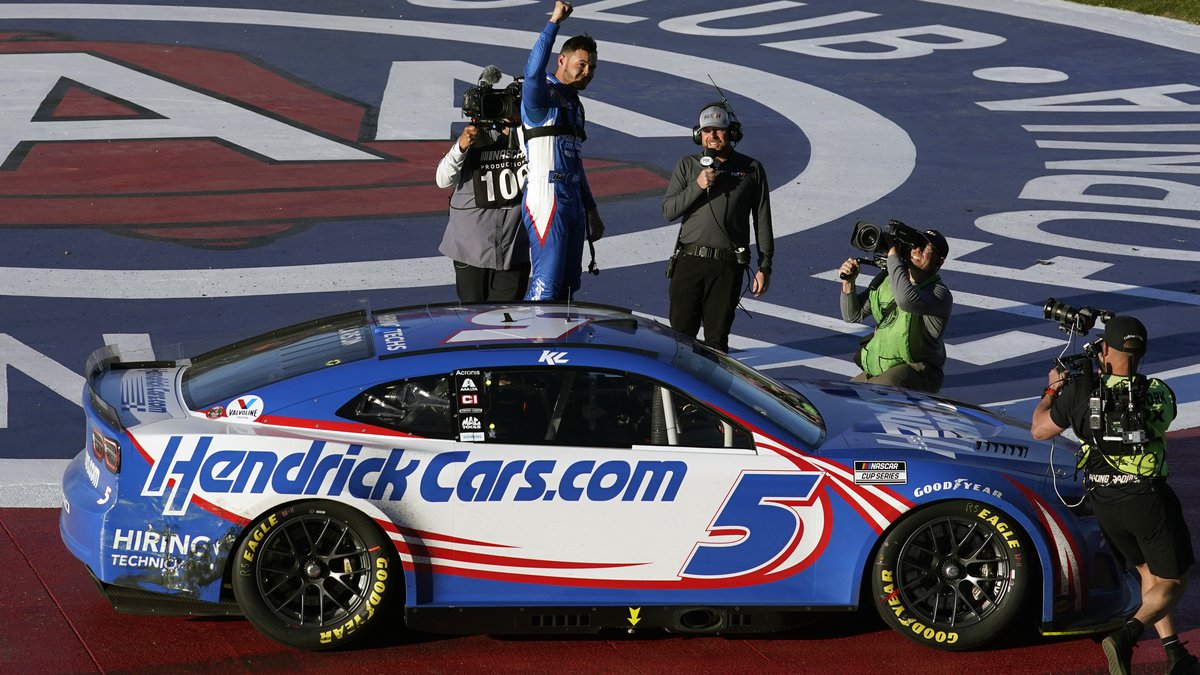 In a race that featured 12 cautions for 56 laps, Kyle Larson who started from the back due to unapproved changes to his car. Came back for a four lap sprint to  between him, Austin Dillon, Erik Jones and Daniel Suarez for the finish.

Following a race that mostly saw Toyota’s in the top 10, Hendricks, RCR and the teams using their engines filled 6 of the top 10 spots in Fontana.

Larson and the #5 team showing us once again that even against arguably stronger cars, you have to be absolutely perfect or he will edge you out for the checkered flag.

Special note for Tyler Reddick, who won the first two stages and led more laps than his career 75 starts combined before falling to a left rear flat tire that also took out William Byron.