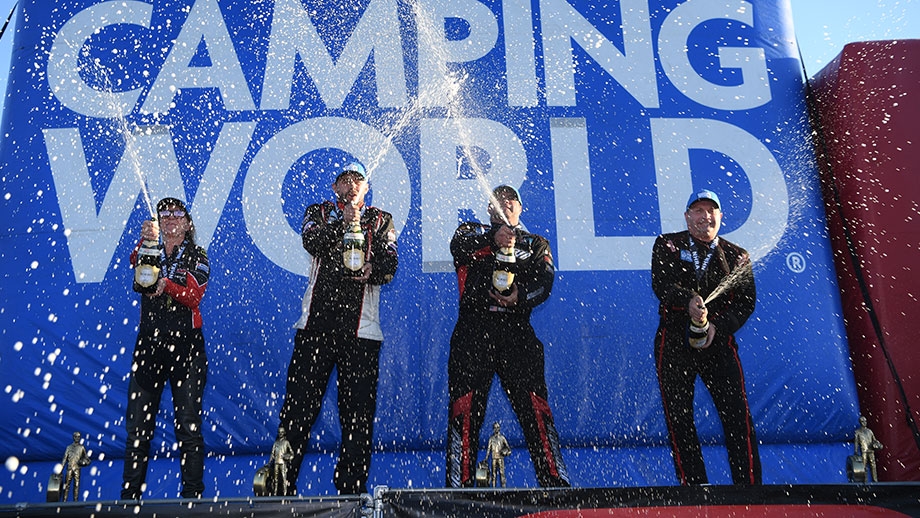 A weekend that started with quite a bit of rain quickly turned bright and sunny for several of our drivers.

Tripp Tatum collecting his first career win in only his second appearance in a final round running a 3.7 flat.

Matt Hagan who is no stranger to the podium, picked up his 40th career win. It was however the first win for Tony Stewart Nitro as an organization. New to the sport this season, it was only a matter of time with talent like Hagan and Leah Pruett.

For Pro-Stock, last seasons rookie of the year Dallas Glenn picked up the win along with a career best ET of 6.486.