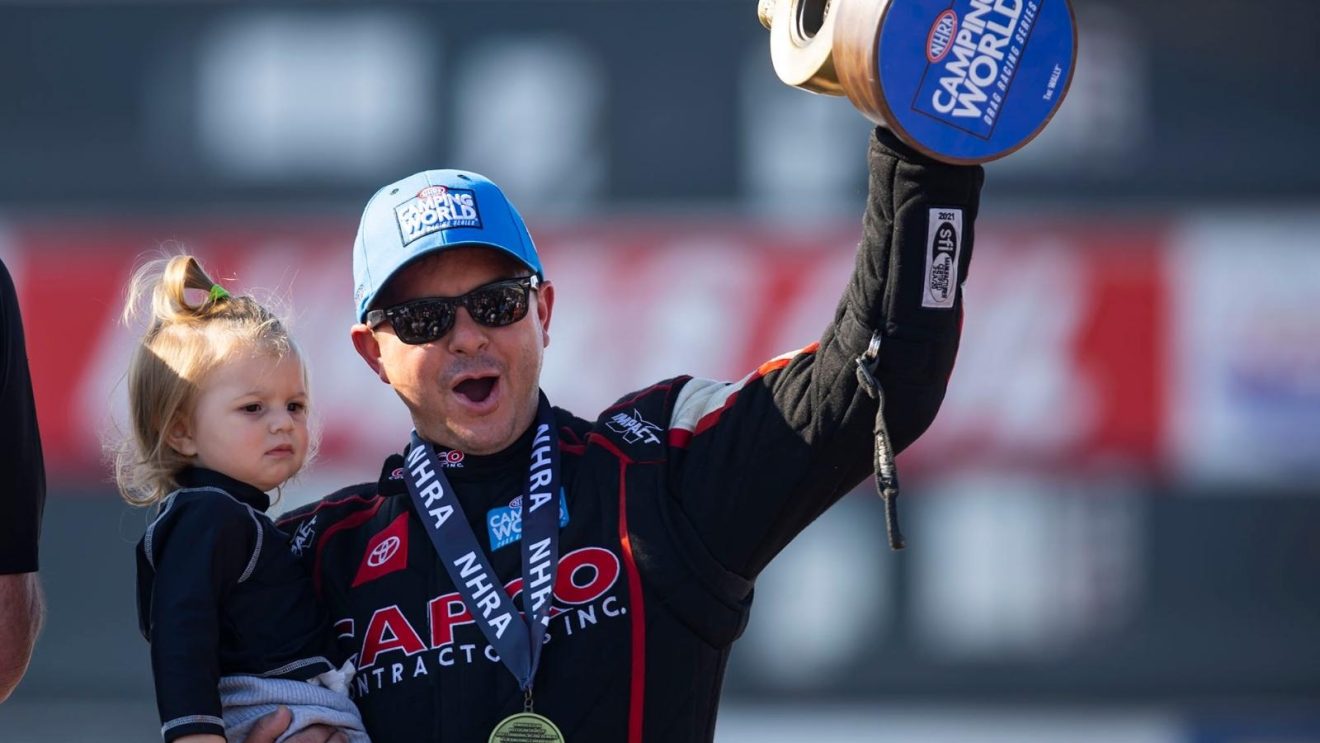 Big numbers for Antron Brown in Topeka, first win as a team owner came with other big milestones. Qualifying in the 11th spot this is the first time AB has won the event from a qualifying spot that low. Also his 53rd Top Fuel win as a driver, and 69th national event win. Turning the performance up to 11 on race day, Brown is now 7-6 in final rounds against Steve Torrence.

Plenty of events to congratulate on, but a huge congratulations to AB on the first win as a team owner!

Fallowing solid points performance all season, the CAPCO boys decided they missed victory lane and not even the likes of Tony Schumacher could keep them out of it. Including the weekends final round, Tony gets the advantage off the starting line 61% of the time. But with how fast the 4 time champ is once he leaves, you cannot give him the slightest bit of realestate to catch up and drive around you. Which is exactly what the Sarge did around the 1/8th mile marker spinning the tires.

Brittany Force still sit atop the season standings, 94 points ahead of Mike Salinas and the Scrappers team. Steve Torrence and Justin Ashley are sitting behind him but they have no intention on staying there. Everyone stays on their game and the last few races of the season should get very interesting.