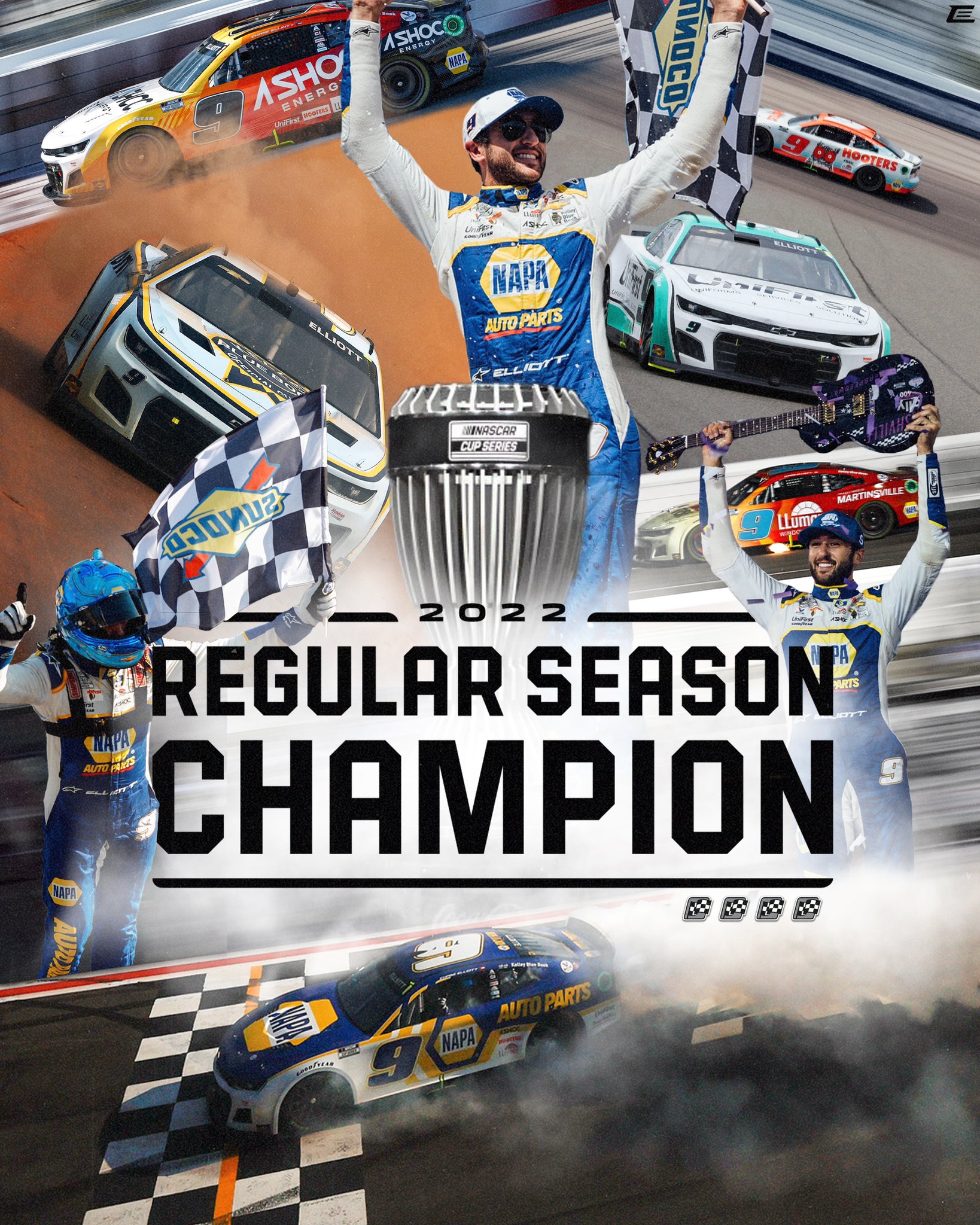 The controlled chaos that is making sure crankshafts head out the door at the pace we’ve been making them, temporarily sidelined my media work. Making sure everyone has parts to race with always comes first, but now I have a bit of time to check in with what everyone has been doing with with those parts.

Cup Series Playoffs are getting ever closer as Chase Elliott has clinched the regular season championship. After post race disqualifications at Pocono for Denny Hamlin and Kyle Busch, Chase was declared the winner. He may not get his hands on the trophy but I think he’s happy with the points.

The following weekend in Indianapolis saw Tyler Reddick’s second win. Despite being all by himself surrounded by a pack of Fords, Reddick grabbed pole at the Brickyard. Kaulig’s AJ Allmendinger was the only other chevy in the top 10. Battling Ross Chastain for the win, turned out he didn’t have to as Ross was under penalty for missing a corner and using an access road. Good way to miss the traffic in turn one if you don’t plan on your time staying ahead of the pack.

Michigan saw the end of the 4 team’s slump and Kevin Harvick back in victory lane. Glad to see his returned success despite it happening with a blue oval on the hood. Solid finishes in the top 10 for Larson, Erik Jones and Alex Bowman going 7, 8 and 9.

Richmond was a 5th place finish for Chase Elliott, great performance from Chase bagging a top 10 with no help. Seeing nothing but Toyota’s and Ford’s around didn’t stop him from grabbing more points and reeling in the season Championship.

Watkins Glenn saw the points race for the regular season end with Chase grabbing way more than the required 4 points to clinch the trophy. Despite leading a best 29 of 90 laps, two late restarts took away the lead he was building and opened the door for other cars to challenge the lead. Turn one saw Elliott and Larson battle for the outside lane with Larson and the 5 team coming out on top. This made enough space for Allmendinger to grab 2nd and Logano to squeeze through and deny Chase taking another shot at the lead.

Winning the Xfinity race on Saturday followed by a close battle on Sunday for the Cup race. Larson walked away with the sweep at the Glenn. Aj Allmendinger grabbed second and Chase coming in 4th gave him an astounding 134 point lead over teammate Kyle Larson in the season standings. Hard to not be disappointed being that close to a win, where Chase and the 9 team sit in the points is a very positive takeaway.

Interested to see how the rest of the field shapes up behind him, but Chase Elliott is your 2022 regular season winner. Plenty of momentum to take into the playoffs is a great way to end the weekend.