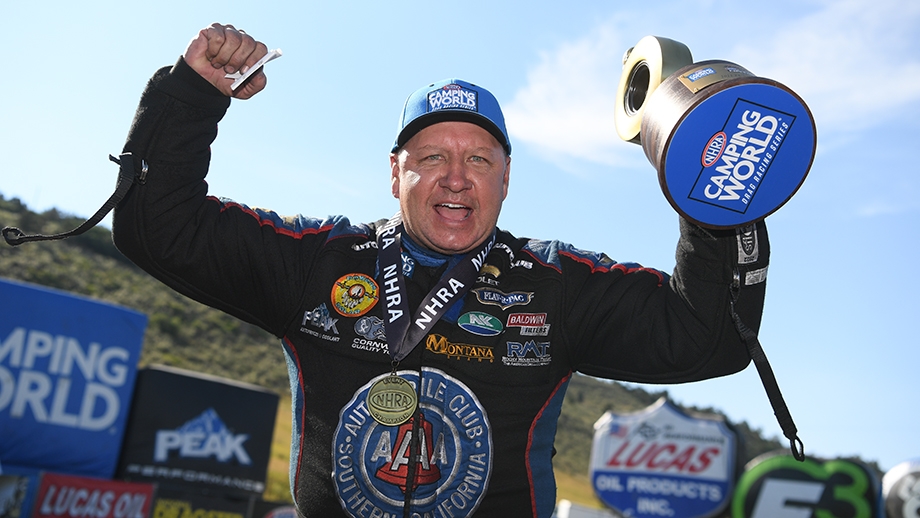 The Ballad of Robert Hight.

With his 6th win of the season, yes 6th! Robert Hight is the first driver of any category to break the 1000 points marker. In what started as a back and forth battle between Robert and Matt Hagan, Hight has consistently been putting out podium finishes that has left little to no room for error if you’re one of his competitors. Pulling consistent 3.9’s all day, Robert now sits 144 points ahead of Matt Hagan with the rest even further behind.

In what is shaping up to beat Hight’s previous best season, the AAA Autoclub team have put together a points run that the rest of the field will be hard pressed to catch up to. With 9 races left in the bracket it is certainly doable, but if the current trend keeps going Hagan will be the only one even close.

The end of the Western Swing saw Tony Schumacher’s first win this season after a short hiatus from the sport. Racing fans from all over are happy to see The Sarge back in action.

Coming in second for Top Fuel, Brittany Force continues her constant podium finishes. Now 6 points ahead of Mike Salinas and the scrappers team. This points race might come down to the wire.