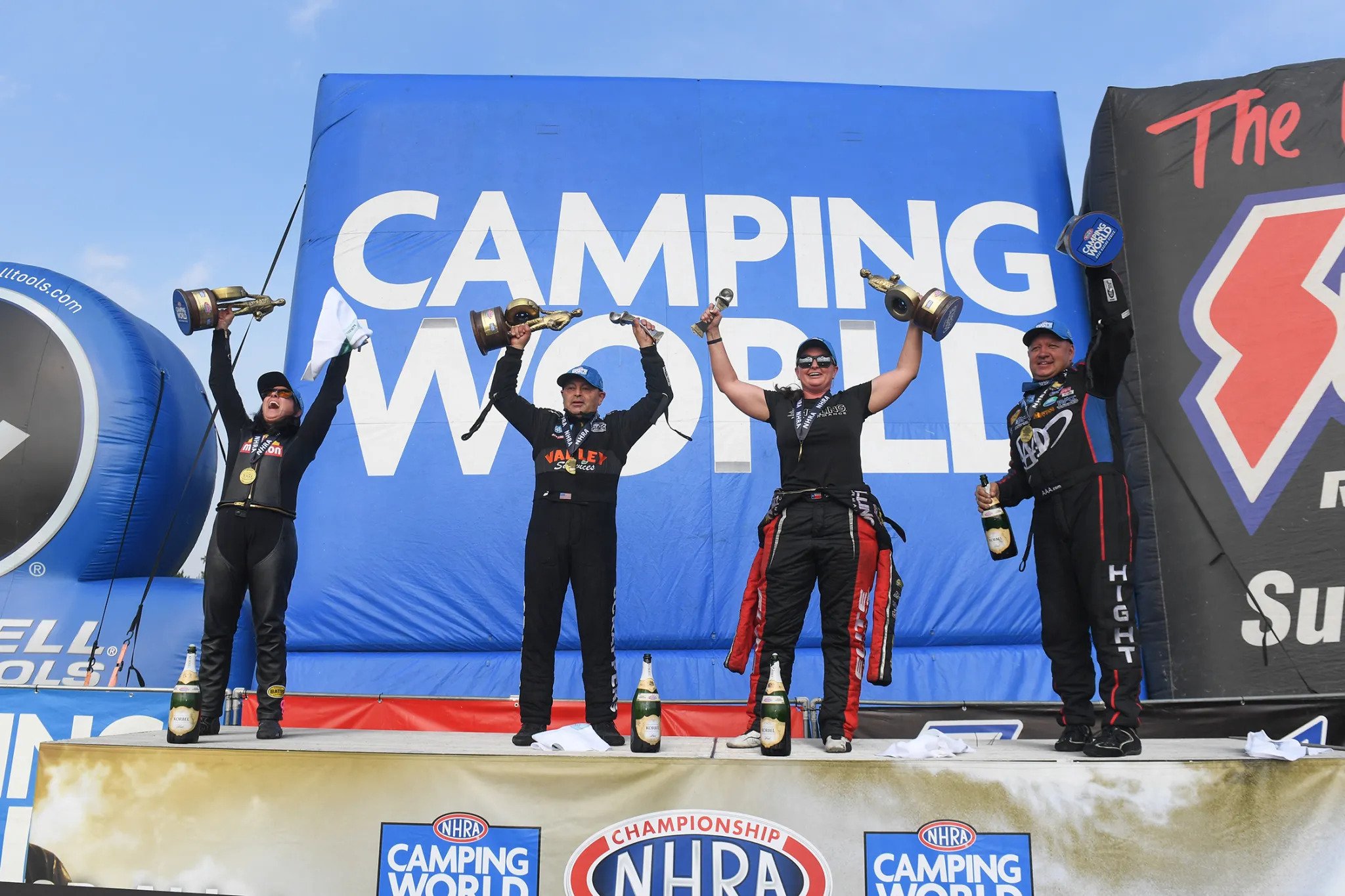 In previous engagements Mike Salinas is 1-2 against Josh Hart but this weekend was the first Final Round the two faced Each other. Salinas with a great pass, comes away with the light and doesn’t see him the rest of the way with a 3.706 ET at 333.58 miles per hour.

Salinas and the Scrappers Race Team now have their 4th Wally of the season and 7th career. Mike is 12 points ahead of Brittany force for the season.

Robert Hight, on and absolute roll this season picked up another win against Bob Tasca III. Hight is 30-10 against Tasca and 2-0 in final rounds. Strait down the groove and another great race for the AA team. Now 21 points ahead of Matt Hagan, the season championship is far from over for these two.