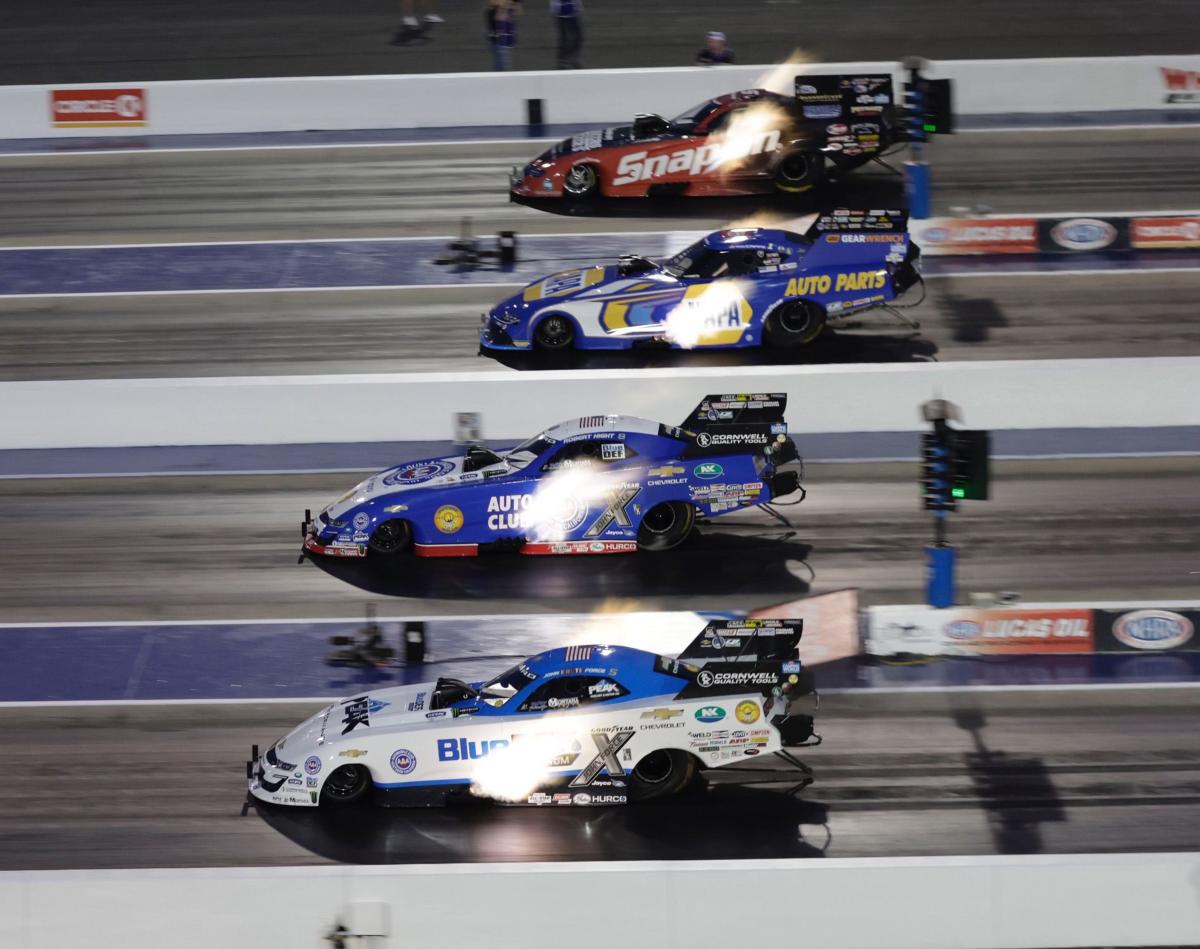 Sunday 5/1, zMax Dragway four-wides finish with John Force and the Peak Auto Chevy Camaro claiming a career 155th victory for John.  Beating teammate Robert Hight by .124 of a second, and setting a track speed record in the process!

Winning here last season as well as the first four-wide event in 2010, Force and the team know how to win four-wides.

For Top Fuel, Mike Salinas claimed his 5th career victory. Finishing more than 2 hundredths of a second faster than the rest of the field.